You are here: Psychic Articles :: Where Fear Leads

There is always negativity in the world. But in recent times, there are not only more people than ever but more disasters and bad news. In old times, problems were much more localized and reporting wasn’t anywhere near what it is now. This has kept the global negativity, and its negative spiritual and frequency impact, at bay. The level of media we’re experiencing now is very young in terms of the age of our global society, but what a boom it’s been with TV, satellite, cell phones, the world wide web, IM, my space, blogs, video sites like youtube and a dozen other means of communicating with each other. What happens in one spot of the world, with any kind of significance, is known and felt around the world in lightning speed.

I’ve recently read that over the last few years, hundreds of records have been broken: worst fires, droughts, floods, hurricane & tornado quantities and intensities, extinction records broken and so on. The recent crash of the housing market spread into almost every other global market we interact with and the result is sinking employment, stocks, savings, health, even governments, all of which in turn lead to fear, anger, despair and a mix of other negative emotions. I’m sure like some of you, I frequently turn off the radio because it’s so inundated with bad stats and news that it’s hard to keep my chin up. Even those people who still have their job silently wonder if they will be next.

Where is this fear ultimately going to lead us? 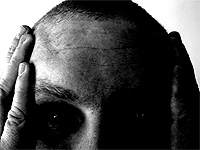 There can only be several outcomes. One positive one is that leaders take whatever measures are needed in order to pull us out of this mess and we then slowly recuperate, rebuild, and regain a measure of peace. However, it’s been said that this may take years. What happens in the interim? Can things sustain before recovery? What if we’re dealt another blow like an assassination, a huge attack or a pandemic? Will that break the camel’s back?

One thing that’s not talked about is how this affects the earth we live on. We aren’t just living on some life-less rock flying through space. It too has its own energies and frequencies that interact with ours. We are all integrated on some level. As this earth bears the brunt of our massive negative energies, will it step in? And if so, in what fashion? I’ve had countless dreams, many of which come true, of natural disasters as a way of earth shaking off our energies like fleas on a dog.

There are also other effects in this negative spiral. As Ị’m editing and reading articles on our psychic site I’m noticing an increasing article submission trend of non-physical entities breaching the physical plane. This is obviously rare and reminds me of the Mothman Prophesy article I wrote years back suggesting that these things could come through to our plane when a negative event is about to unfold (consider it a negative portal or magnet). While this happened with one ‘Mothman’ type entity and in one centralized area, it very well may happen in broader locations around the world and with more entity types coming through as the world’s vibrations increasingly lower. What keeps them separate now is that we resonate at a higher rate so they cannot ascend or breach into our world, just as we cannot “see” the higher realms or “heaven” because our frequencies our too low. It takes a very strong entity to have ever done this (and they have from time to time) but if the earth plane’s vibrations lower too much then it will become far more common.

In a way, we have ourselves to blame for this. Our television is full of violent shows, our media propagates fear through negative stories which we eat up, and our own government frequently tells us to be afraid and bobbles our terror levels up and down to keep us on our fear based toes.

Billions are afraid. Can the tens of thousands of people who exude peace and light counter that? Time will tell. All we can do is stay positive, exude our own light and keep focused on not getting drawn into the drama.